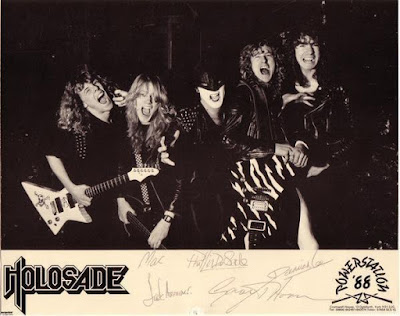 I am going to start trying to make posts about bands that I love or anything from metal that I remember fondly or just wanna get off my chest or just fancy having a natter about really. First up I am going to discuss a band that never made it big at all but they were a very important band to me and I love em. 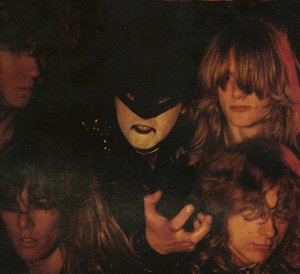 As you can tell by the easy to read logo above I am gonna talk about Holosade. The video covers most of what I wanted to say I think but in it I say that I am going to post you some reading stuff up on the blog and I'll try to do that here although I am thinking some kind of downloadable PDF might be easier.

I can't even remember now the circumstances of me buying the Hell House album. I may have seen a review of the band in a magazine before buying it but I don't think so. I am not too sure even where I bought the album from, I have an inkling it was from HMV or Virgin in Oxford Street, London most likely early in 1988. They were one of the 1st bands I got into when branching out from my Iron Maiden phase and I'm pretty sure it was love at 1st listen.
I signed up to their Psycho Research Club (fan club) straight away and noticed that they were playing at The Royal Standard in Walthamstow. To my eternal annoyance I never attended the gig, this was at a time I had never really been to any gigs yet and had no metal mates and to be honest I was and still am an awkward, shy bloke and I was too chicken-shit to go to a gig back then. (My 1st ever gig was the Monsters of Rock with Iron Maiden in August 1988). 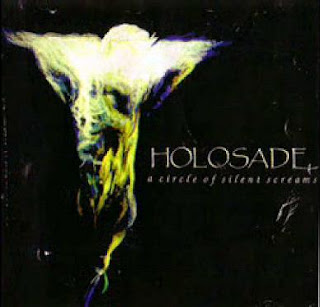 I picked up the Blue Strike and The Circle of Silent Screams demos too as soon as they became available and enjoyed them a lot even though my music tastes had moved on to heavier styles of metal by then. I was doing a zine called Kentucky Fried Afterbirth by the mid-90's and interviewed Phil De Sade in my 1st issue. I think if you read this interview you can tell what a Holosade fanboy I was and still am really. This was all in the early days, pretty sure we had no internet or it was just beginning practically so I never really heard what happened with the band but I think they split up around 1995/6. 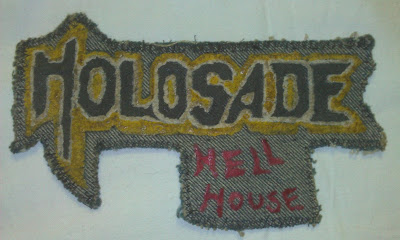 As mentioned in the video I made my own patch, (it's no work of art at all but I liked it) and I managed to pick up a couple of back patches over the years. Some one did tell me that only 50 were made so with my 2 I have 4% not 5% of them lol I am unable to do maths anymore my brain is kaput!! Probably due to too much beer/cider and headbanging to these guys music ;) 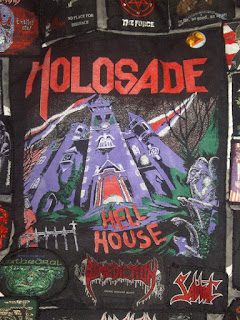 I can't remember how the Holosade fan page came about on Facebook. I think it had been in my head to make one for sometime and I just up and created one for myself and then later Kevin Hole the bass player from the 1st few demos and brother of Holosade main guitar guy Gary got in touch and made it semi-official. Well he kindly sent me a load of clippings and stuff to put up there. 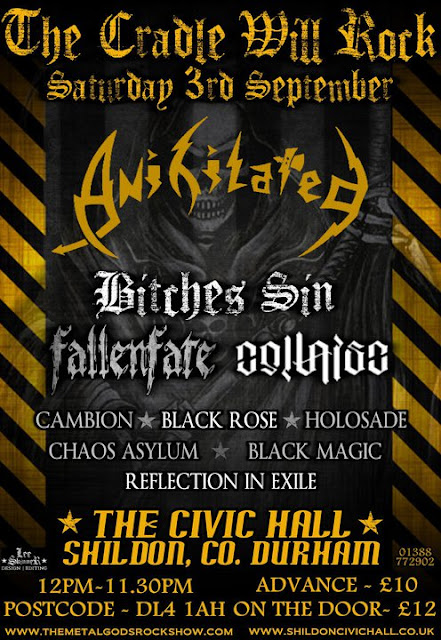 Not long afterwards there was a reformation and news of a gig for the 1st time in years. I wasn't going to miss out this time although I had to travel 5 hours by coach to get to the gig! It was a really cool alldayer at the Shildon Civic Hall a venue that seemed mythical to me as I'd only seen it in the old PRC newsletters as being almost the home venue of the band and of course Warfare, another band that I love and also run a Facebook page for!! Kevin met me in the middle of the night in Darlington and let me crash at his place for 2 nights and was really helpful and friendly.

September the 3rd 2011 was the day of the gig and it was a bloody great day out, the beer prices were so low compared to London it was amazing! There was a cool mix of bands but hands down Holosade and Anihilated were top bands of the day. My camera had a little conk out during the 1st song by Holosade but I manged to sort it out and get the rest of the set, although I perhaps ruin the video by singing all over it!! You can't help it when the enthusiasm over a band you love takes over.

Around about this time, Divebomb records re-released the "Hell House" album and full length "A Circle of Silent Screams" demo on CD. The reunion didn't really last though, they played at Hammerfest I think and a couple more local gigs maybe before they disappeared once more.

Recently however singer Phil De Sade and Paul Trotter (who recorded the 1989 demo that never featured Phil funnily enough!!) have a new band called Armortura and they are very reminiscent of Holosade with crunchy but melodic guitars and Phil's distinctive vocals. In fact at one point they were wondering if they should keep the Holosade moniker but decided against it. They have been doing a few gigs of late and just released their debut self titled album on Mighty Music which Phil was amazingly kind enough to send me a copy of which totally made my day/week/year!! Hopefully they'll do well with it and get gigging all over and play down south here so I can go and watch them play. Maybe they'll do a Holosade track for an encore!!