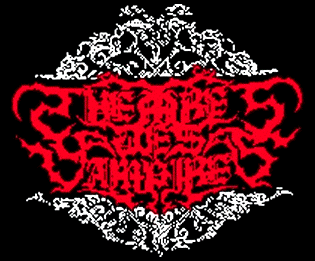 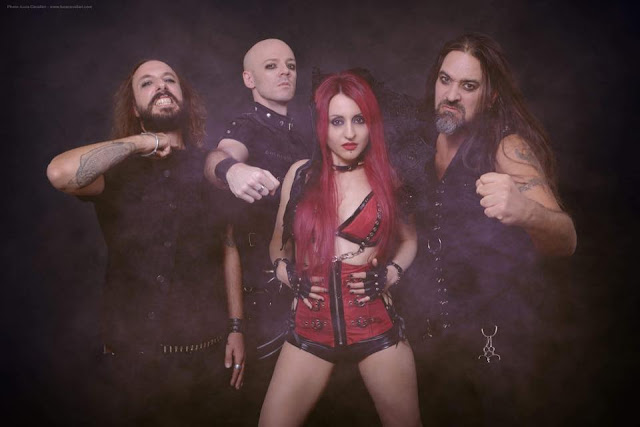 This week's look at an old tape from my collection focuses on the 1st demo from Theatres Des Vampires. This band formed in 1994 and are very much still active to this day although with a big progression from their original sound. The demo I have of theirs is their 1st from 1995 "Nosferatu, eine Simphonie des Gravens". Except apparently there is a typo on the original cover and the last word should be "Grauens" not "Gravens"!!! The 1st translates as "Horror" in German whilst the latter means "Sepulcher".

These guys started off as Melodic Black Metal in the early days but now play a more Gothic Metal style. They have an extensive list of releases to their names now, this was the 1st of 3 demos, they've also brought out 10 albums, compilations, videos and a heap of other stuff, so they've done pretty damn well for themselves I'd say. 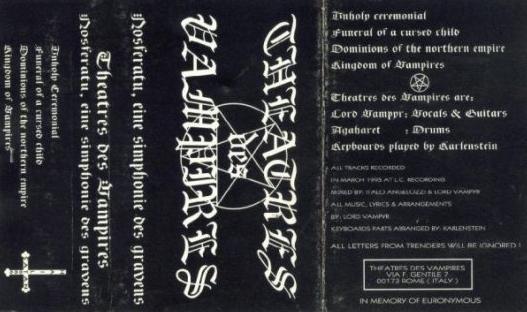 Interestingly neither of these 2 original members are still in the band, with Lord Vampyr leaving in 2004 and Agaharet in 1996! Lord Vampyr according to Metal Archives went on to be in these bands -  Cain, Lord Vampyr, Malamorte & Nailed God.

Here is a video of the full 1st demo that somebody posted up on YouTube, I will play a track on my podcast next Sunday

And this is an album of theirs from 2005 "Pleasure and Pain", check out their Bandcamp if you wanna hear or buy more