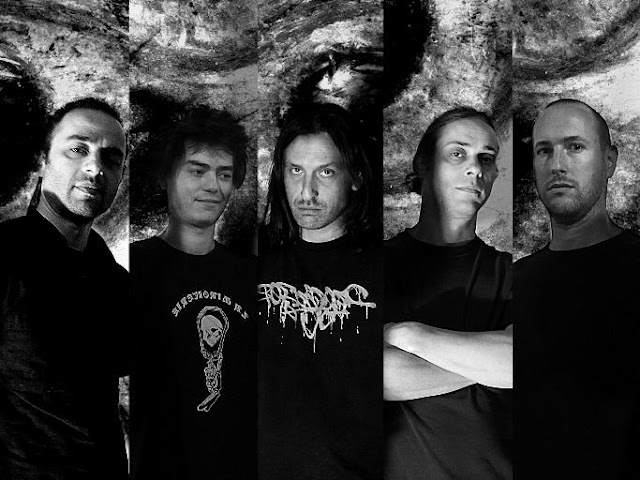 For today's look at one of my old tapes, here's a demo from 2000 by French brutal Death Metallers Diktat. This was their debut release after forming in 1997. According to Metal Archives they are still going but their Facebook page has only very sporadic posts the most recent at this time is from 2016. As well as this demo they released a split "Primitive Instinct" also in 2000 with Godless Truth, Fuck the Facts, Psychoneurosis & C.A.D. and a 2nd demo in 2008. They also had an unreleased full length from 2004 which you can request from the band I think, you can listen to it on this link HERE. Their Bandcamp has both of their demos available for name your price downloads plus another track that was part of a French Grind compilation. 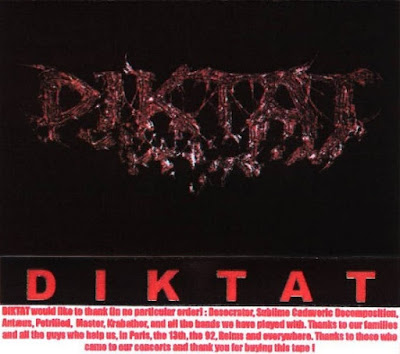 Check out the latest podcast HERE